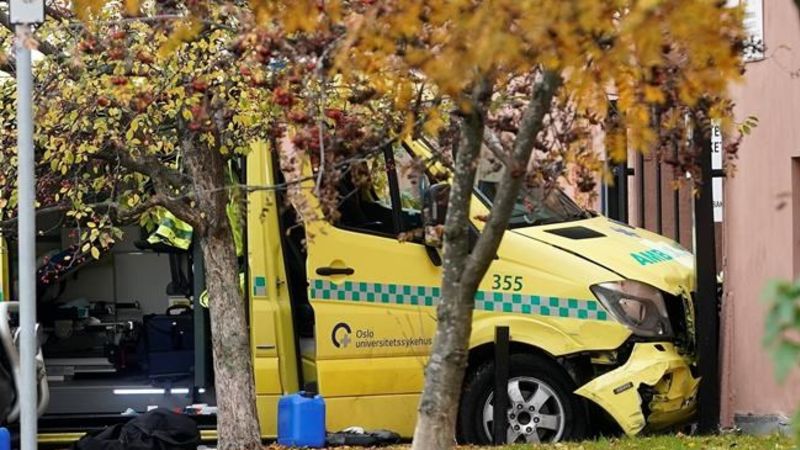 "We got him now", a police spokesperson said, though they declined to say how many people had been injured by the stolen ambulance or whether anyone had died in the incident.

"Shots were fired to stop the perpetrator, he is not critically injured".

Another photo showed a handcuffed man, flanked by police, walking towards an ambulance stretcher. "We've got him now", the police spokesman said. Among them were a woman and children in a stroller who were taken to hospital, according to a second tweet from police.

Therese Ramstad, another witness, saw the episode from her ambulance and told Norway's TV2 channel that she thought the vehicle had been hijacked.

An elderly couple who dived under a parked vehicle to avoid the ambulance escaped injury. Some minutes later one of our other ambulances managed to stop the hijacked vehicle by crashing into it. "He is not in critical condition".

Norwegian media said that officials believe the pair - described as known to the police - faked an accident and called for an ambulance, which they then stole.

Television images showed a heavily damaged Mercedes ambulance with what appeared to be several bullet holes in the front left door. "I heard several shots".

One witness, Omar Khatujev, told the newspaper that he saw "the ambulance driving at high speed towards me. and right behind a police auto".

The investigation was in its early phase, with no information to suggest the incident was related to terrorism, police said.